Posted by Mark on 8/8/2020 to News
Life has been difficult for retailers (well, for everyone really) since Covid-19 started and then 'to rub salt into the wound' we discovered that Condor Outdoor had made the decision to discontinue all their MultiCam items a few weeks ago! What? Why?
As a bit of background, the US Army has used MultiCam OCP (Operational Camouflage Pattern) operationally for a number of years but decided that they needed their own new dedicated camouflage and so they developed and have recently adopted Scorpion W2 OCP .
Condor Outdoor, being a US company, have now got the license to produce their products in Scorpion W2 OCP so they decided that as it's so similar to MultiCam (pic below shows MultiCam on the left and Scorpion on the right) that they could just get rid of MultiCam.

So we can use Scorpion and no-one will notice anyway? Problem solved!
Well, it would be the perfect solution if it wasn't for the US Government not allowing the export of this proprietary camo pattern...
MultiCam is widely popular around the world, being used operationally by the military, or sections of the military, in the UK, many European countries, India, Australia, Brazil, New Zealand and even Canada!
It's also a great pattern for hunting - seemingly perfect for the terrain of Alberta and personally used for this purpose by myself.
So what have we done about it?
We and other dealers pushed back on Condor's decision and they have relented a little and will continue to produce some of their products in MultiCam (as well as Scorpion) and are even going to expand their MultiCam Black offerings.
This is the list of SKUs that they are going to continue to produce in MultiCam:
This is the list of SKUs that they are going to either continue to produce in MultiCam Black or will produce shortly:
Anything not on these lists is discontinued and largely out of stock in Condor Outdoor's warehouse. We have done our best to stock up but once any SKUs not on these lists are gone, they're gone. We have notes to this effect on each of the affected listings that we still have.
We will be looking to replace some items from other manufacturers but we have not been able to find a manufacturer that offers this quality at this price point. Our search continues, but in the meantime if there is something you have had your eye on in MultiCam from Condor Outdoor, grab it today!
Next Post 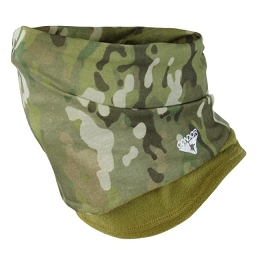 RIP-AWAY EMT LITE POUCH - MULTICAM
Easily access medical supplies in an emergency with the Rip Away EMT Lite Pouch from Condor Outdoor. This bag's compact design is perfect for storing a complete first aid kit (IFAK) for a single person. Multicam.
$44.95
In Stock.
Add To Cart 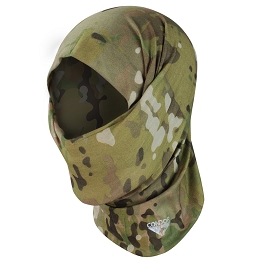 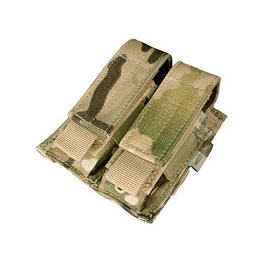 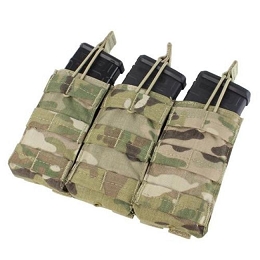 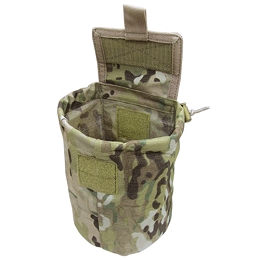 ROLL-UP UTILITY / DUMP POUCH - MULTICAM
Condor Outdoor MOLLE Roll-up Utility / Dump Pouch - perfect to have the option of having a dump pouch, without it hanging in the way while not in use. MultiCam. MA36-008.
$26.95
Out of Stock.
Add To Cart 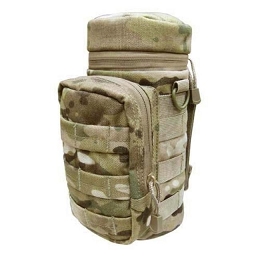 H2O WATER BOTTLE POUCH - MULTICAM
The H2O Pouch is designed for you to carry your 1 litre water bottle via shoulder, modular webbing or belt. MultiCam. Condor Outdoor MA40-008.
$42.95
Out of Stock.
Add To Cart 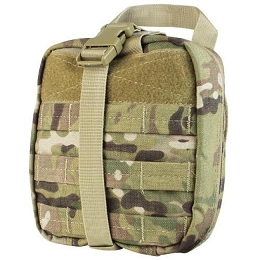